Laminitis in Goats and Sheep Explained by The Lifestyle Vet 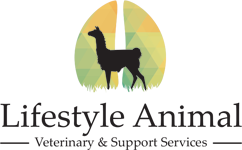 Laminitis in Goats and Sheep Explained by The Lifestyle Vet

Laminitis in Goats and Sheep

Laminitis is a metabolic disorder that affects the soft tissue structures of the foot, such as the laminae and corium where the hoof wall grows down from. Laminitis occurs when the blood supply to the chorium region of the foot is impaired in some way.

The three different types of laminitis:

1. Acute Laminitis: this occurs if the animal ingests feeds high in energy and carbohydrates, resulting in a condition called ruminal acidosis. It can also occur if the goat is sick and nasty bacteria in the bloodstream release endotoxins that can impair the blood flow to the corium. This can occur when a goat has mastitis, metritis, pneumonia or retained metal membranes.

2. Subclinical laminitis: This is by far the most common form of laminitis in goats and sheep. It occurs when goats are overfed for a prolonged period of time.

3. Chronic laminitis: this develops if acute or subclinical laminitis is not recognised early enough. This occurs when the hoof wall and sole horn formation is disturbed. Chronic laminitis is very common in goats on lifestyle blocks since these animals are often inappropriately fed / overfed over a prolonged period of time.

How do you know if your goat has Laminitis?

Acute laminitis is often easier to diagnose and it is often associated with a sudden change in feed or the occurrence of an illness. You may see some of the following clinical signs:

Subclinical laminitis is the most common form of laminitis in goats and sheep. Since it often doesn’t cause the goat to have an abnormal gait and the coronary band does not feel hot in subclinical animals. It commonly goes undiagnosed for many months to years until later in life when the goat develops hoof abnormalities that are difficult to treat.

There are some clues available to us that may help us diagnose subclinical laminitis. When the feet are trimmed, a faint red line may appear around the hoof wall. This red line is often not painful but indicates that haemorrhage has occurred in the laminae between the hoof wall and the deeper soft tissue structures. This haemorrhage causes poor quality horn to grow down from the coronary band, resulting in the following hoof abnormalities (see pictures below): 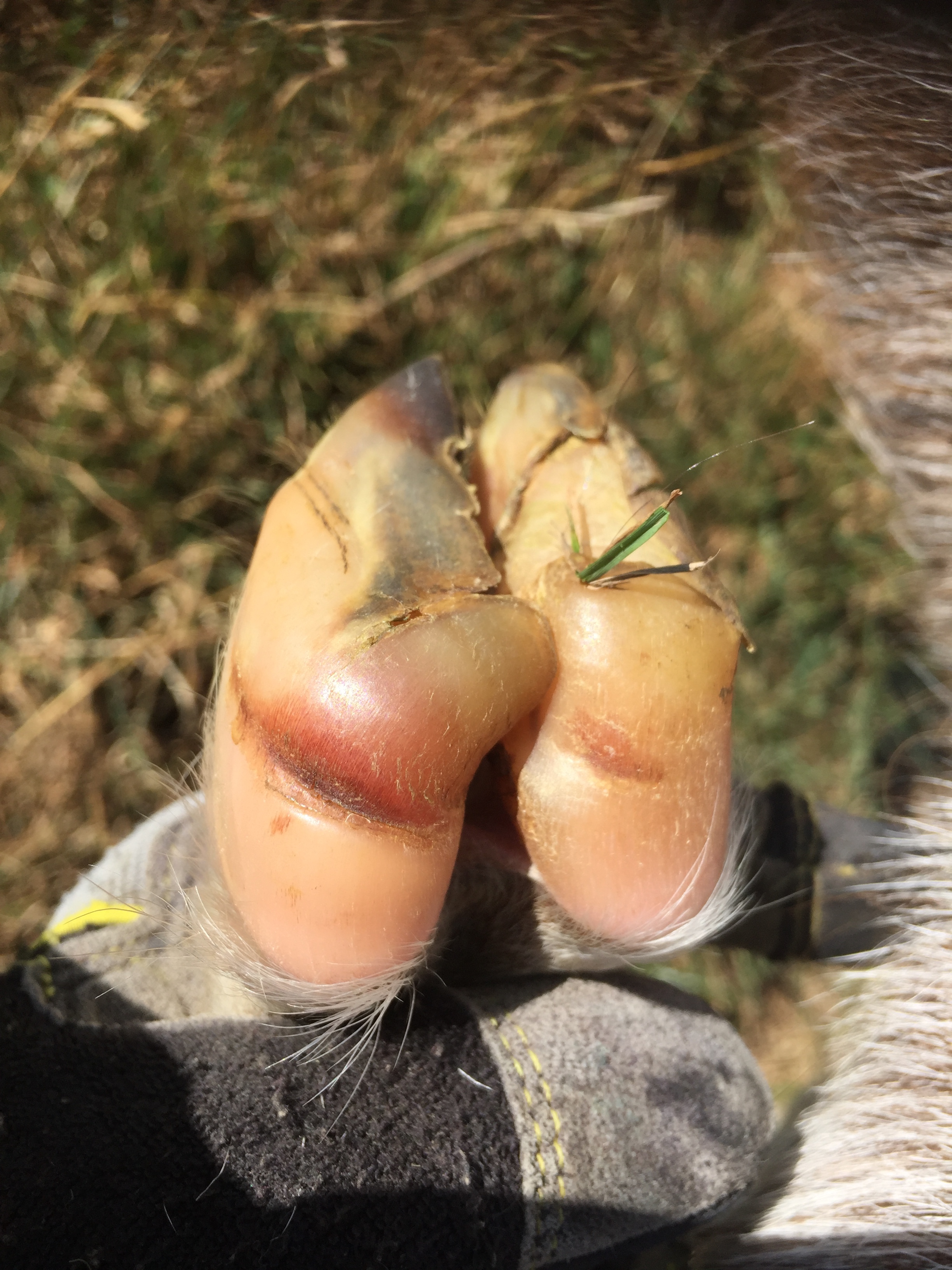 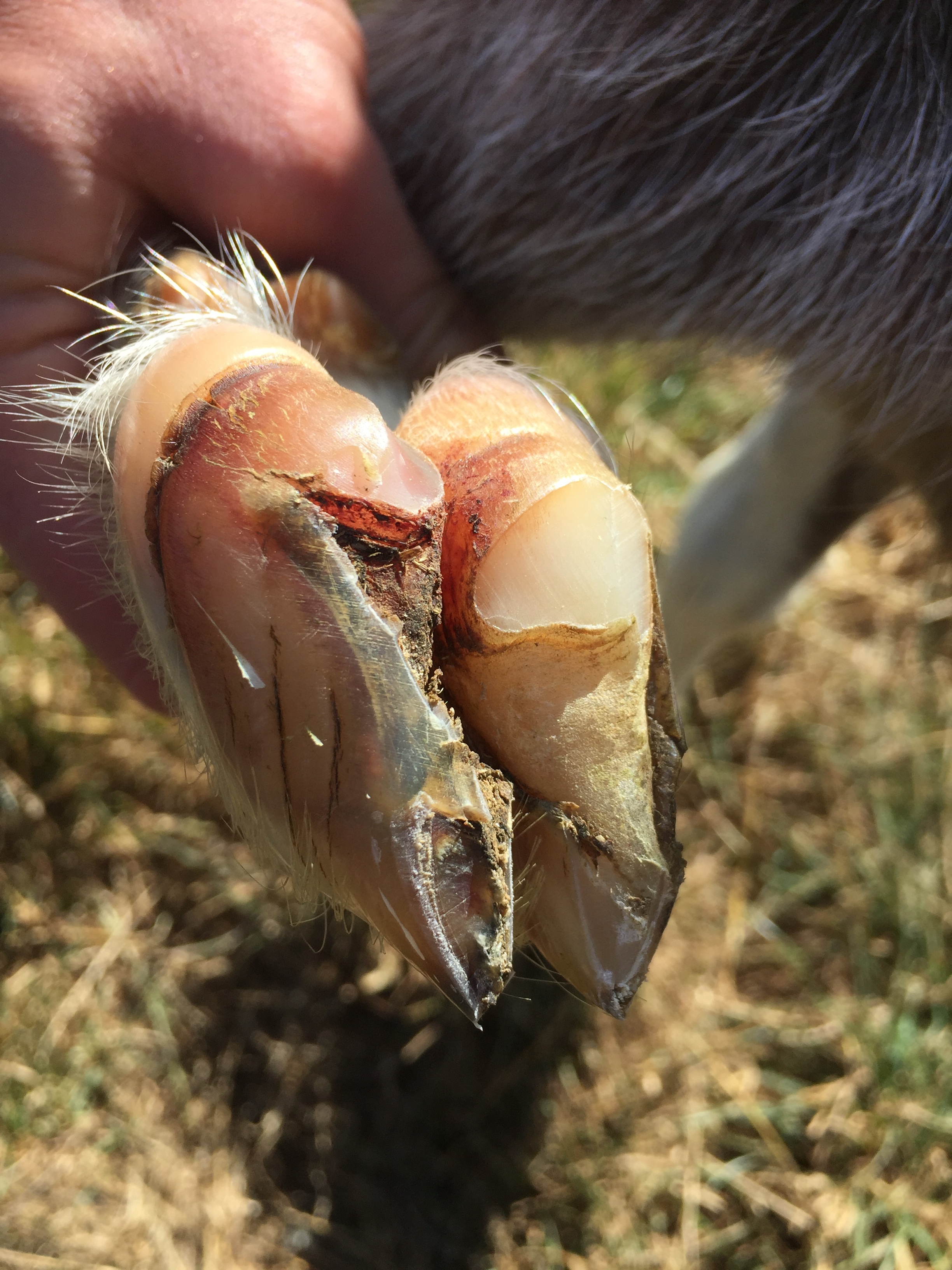 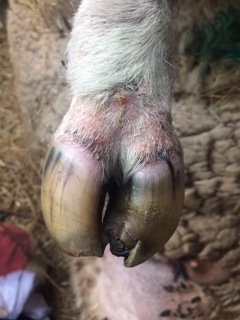 Regular hoof trimming and careful examination of hoof growth and shape is crucial so that we can try diagnose this condition early. This should be done by a professional that knows what to look for.

How can you Manage and Prevent Laminitis in your pet goats and sheep? Check out Part Two of this article for more information.

The Lifestyle Vet – Providing an exceptional level of veterinary care for your beloved goats!

Brulee and her Lifesaving Mastectomy Surgery

To Caesar or not to Caesar…